This week a big box of crunchy crisps arrived from Walkers who have been kind enough to send us samples of their new range of snacks, Mighty Lights, to try. 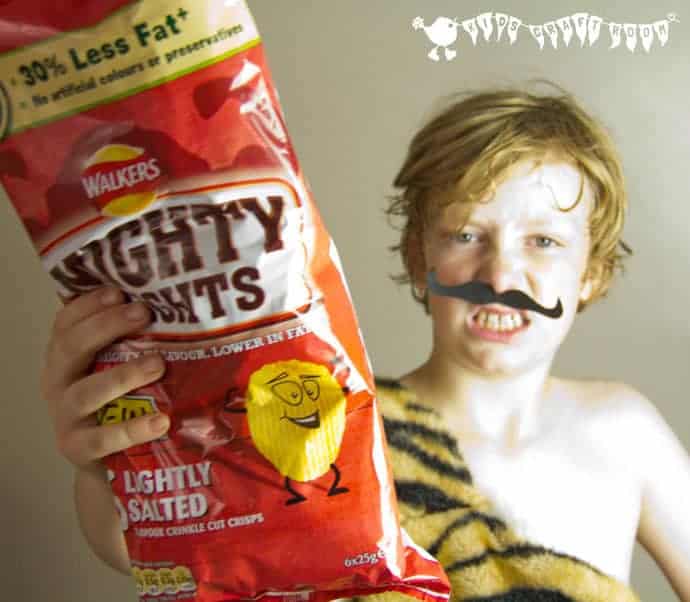 I generally don’t buy crisps too often as I worry about the high salt and fat content and them just being empty calories so to speak. Walkers new Mighty Light range caught my interest though as they boast to have 30% less fat than standard crisps and to be free of artificial colours and preservatives too. I particularly like that they are free of the dreaded MSG and all three flavours, Cheese & Onion, Lightly Salted and Roast Chicken are suitable for vegetarians too.

We thought they were so mighty we even made a fun little video…are they mighty enough to compete with Mighty Man???

On paper they were looking mighty indeed but that meant nothing if they didn’t pass the taste test! I poured out a packet of each flavour for the children to try but hid the packets so they didn’t know what the flavours were. They thoroughly enjoyed the testing experience and pretended to be working as official testers in the Walkers factory!

First they sniffed each flavour and tried to identify what they thought it was before tasting it. This was great fun and they easily got the Cheese & Onion but interestingly thought that the Lightly Salted smelled of salt and vinegar! They didn’t know what to make of the chicken flavour at all, but I realised while we were playing this game that they’d never actually had chicken flavour crisps before so had no reference point for the smell; they smelt just as I would expect chicken flavour crisps to smell.

Next Came The Texture Test!

Walkers Mighty Lights are lightly ridged which the children thought was fun. We all agreed that they had a lovely light, crispy, crunchy texture without being too hard which we’ve found with other heavily ridged crisps in the past. I really liked that they didn’t leave my hands feeling greasy or covered in flavouring or salt.

Next the Lightly Salted were put through their paces.

Oh yummy! These are the best!

The Lightly Salted were definitely the children’s favourite. In the smell test they said they smelt like salt and vinegar and after tasting them they said that they tasted a bit like it too. I have to agree that they did seem to have the slightest hint of vinegar to their smell and taste, but really the very slightest hint. Generally I don’t like vinegar but I still enjoyed these.

Finally it was the turn of the Roast Chicken flavour Mighty Lights.

In the smell test the children couldn’t identify the aroma because they’d never had chicken crisps before. The taste was a new one for them and they went down fairly well with us all but out of the three choices these were our least favourite. I always find chicken flavour crisps a bit of a processed false taste which is why I don’t buy them. These weren’t too heavily flavoured though which made them preferable to other chicken flavoured crisps I’ve had in the past, but I don’t think we liked this flavour enough to buy it again to be honest.

The Lightly Salted and Cheese & Onion Mighty Lights were a big hit though and with 30% less fat than standard crisps and being free of chemical nasties and a source of fibre that made them pretty mighty in our book! I think I will look out for them on the super market shelves if I am buying crisps for lunch boxes or picnics in the future.

You can read more about them from the Walkers Mighty Lights website. 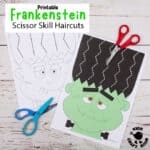 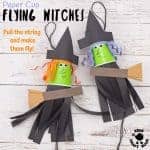